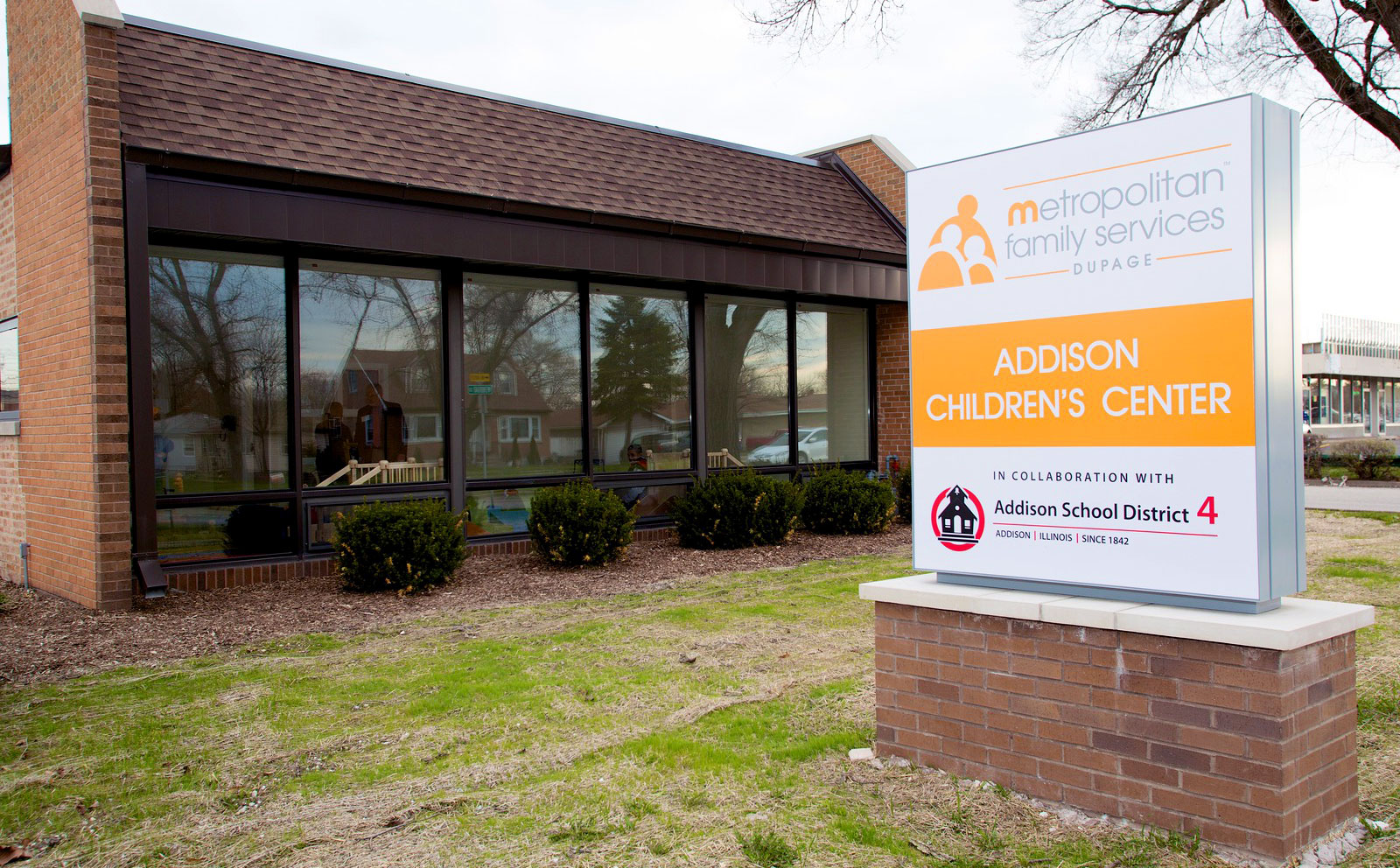 Posted at 22:28h in news by Dave Schmidt

The Center positions Addison as one of the first communities in DuPage County to offer center-based early learning for children ages 0-3 years through a partnership between a nonprofit early childhood education provider and a school district.

The facility will initially serve 16 infants and toddlers in a safe, welcoming and engaging space that fosters learning and growth for every child; another two classrooms will open later in the year.

DuPage County currently faces a severe shortage of early learning opportunities — only two childcare centers currently operate in Addison, said Theresa Nihill, Executive Director of Metropolitan DuPage. As a result, many parents rely on unlicensed home facilities to care for their children, and the Addison Children’s Center will fill an important gap.

The Addison Children Center features play spaces, areas for caregiving, a large indoor space for children’s motor skills development, and an outdoor playground. The Center’s high teacher/student radio is designed to give children focused support. There will be one teacher for every four infants/toddlers, and the maximum group size will be eight infants/toddlers, with two teachers. A teacher’s aide will be present in each classroom. Bilingual staff will partner with families to help meet goals for the children and their families.

Chuck Wartman, Assistant Superintendent of the Addison School District, said he appreciates the opportunity to partner with Metropolitan.

“The enthusiasm that both agencies have for this project demonstrates their understanding of the importance of early intervention,” he said. “I’m confident that these efforts will positively influence the development of our youngest children early in their lives, ultimately saving our taxpayers money in the future.”

National research shows that for every dollar invested in Head Start, the return on investment ranges from seven to nine dollars. Head Start graduates are also more likely to graduate from high school.