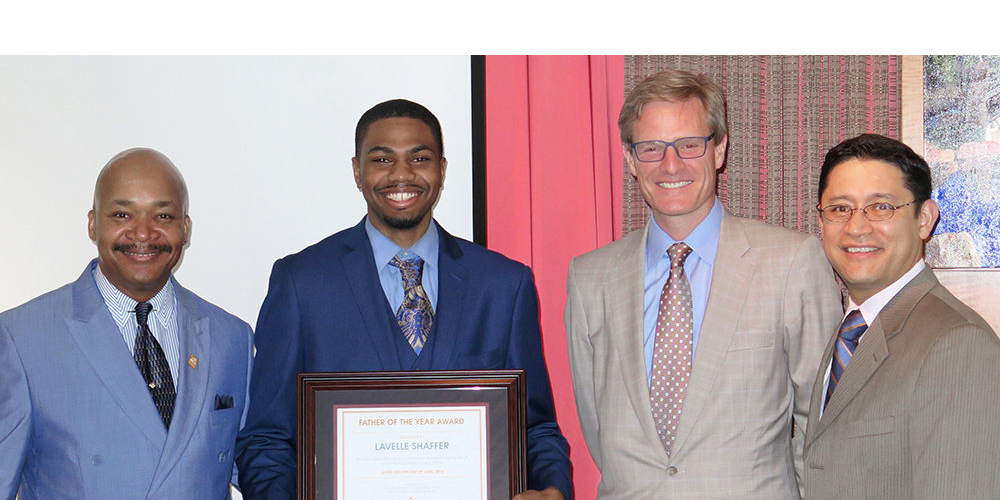 Posted at 17:06h in stories by Ann Pinkney

C. Gary Gerst is Metropolitan Family Services’ longest-serving board member, and his decades-long commitment to Metropolitan’s mission began when he joined the board in 1984.

He is a former chairman of the board; he is currently chair of the board’s investment committee; and he has served on the committee for all capital campaigns, including the current Campaign to Mpower Families. Gary’s son C. Graham Gerst first served on the Metro board and has now joined his father on the general agency board.

“When the board decided to have a new capital campaign, we felt we wanted to make a significant contribution to the agency,” Gary said. “I’ve always been intrigued with the Young Fathers Program. Now I’m watching Graham, who has two children ages 8 and 4, and he is so dedicated to being a father. We felt we could really relate to the program.” 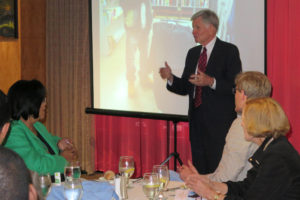 C. Gary Gerst presenting his thoughts on the importance of fathers and his family’s support of the Young Fathers Program

Gary and Graham made a $1 million commitment to the Campaign to Mpower Families, and they approached CEO Ric Estrada to ask if they could designate that money for the Young Fathers Program, which helps young fathers on the South Side to become employed, financially self-sufficient, and raise healthy children.

“Having a father who cares and takes an interest in his children is really important,” Gary said. “The program is serving 50 fathers each year, but clearly there’s a bigger demand.”

The demand is especially acute in some South Side neighborhoods, including the South Chicago area where the Gerst Family Young Fathers Program is based. According to the 2010 census, more than 58% of African-American men in Chicago are unemployed or are no longer in the labor force. Other research shows that most young fathers decrease involvement with their children over time as their children grow older.

The Young Fathers Program, however, sustains consistently job placement rates  – 100% of the most recent graduating class were employed. About a third of participants utilize additional services at Metropolitan, such as counseling; money management services; financial assistance, such as one month’s rent or mortgage payment to stabilize housing; and/or clothes for interviews or for children. Longitudinal data from past 13 years indicates that more than 60% of the fathers increased their involvement with their children in all areas assessed (setting limits, school engagement, mother support, provision of financial support, time spent, praise/affection).

“You’re not just solving one problem with this. It’s important to the father, the mother, the child, and the community,” Gary said.

The Gerst family’s investment will allow the program to double the number of young fathers it serves. It is also helping the program’s 2016 Father of the Year, Lavelle, to further his career. Starting in January 2017, he will be working for the program that helped him change his life, reaching out to other young fathers like him. 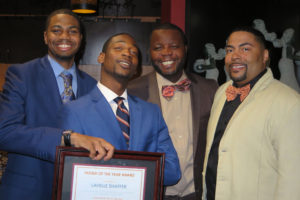 Lavelle’s partner, Lavetta, said she was so thankful for the support of the Gerst family and Metropolitan’s board, describing their efforts as a true investment in people. She compared Metropolitan’s services to a $20 bill that a stranger gave her and Lavelle for food when they were homeless and pregnant – it helped, she said, but it quickly ran out. The skills and knowledge Metropolitan has provided her family, on the other hand, have helped them to establish long-term stability.