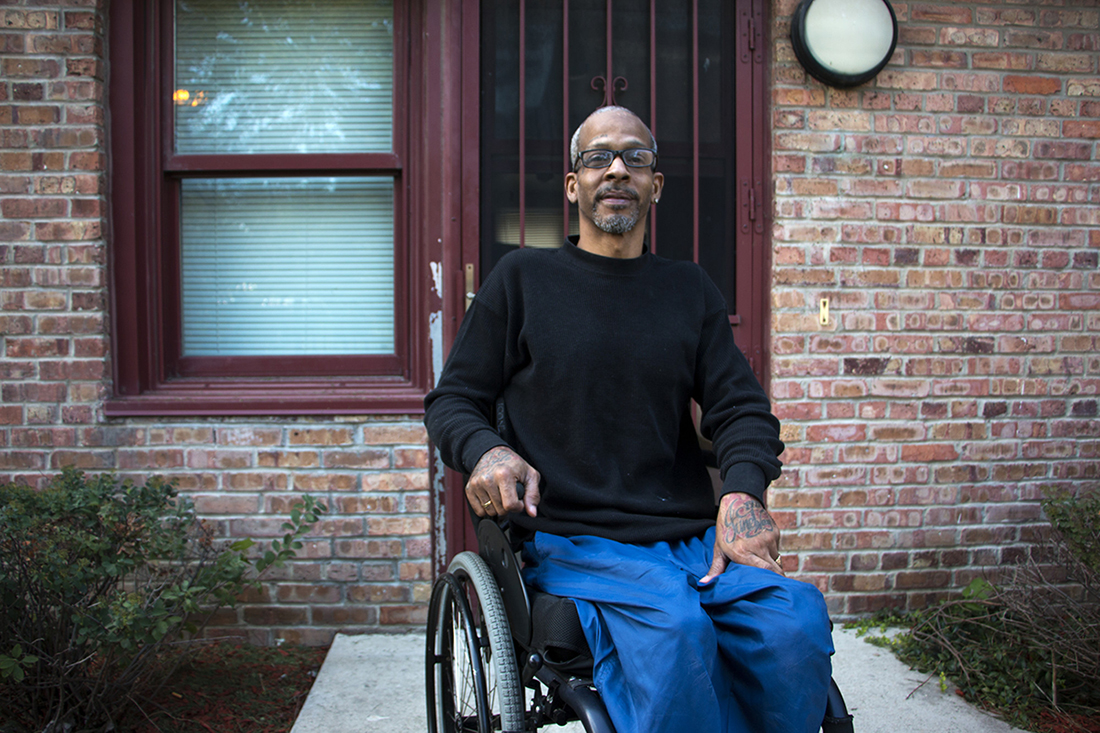 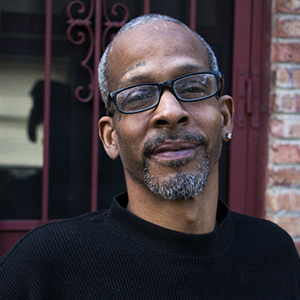 Posted at 14:39h in stories by Ann Pinkney

A shooting 19 years ago left Shawn reliant on a wheelchair, so when his girlfriend became abusive he had few options.

“She knocked out some of my teeth, tore up my clothes. She took her frustrations out on me,” Shawn said. “She ran me into the wall. She admitted everything in court.”

Shawn estimates he filed 20 police reports about the domestic violence, but his girlfriend would always be back a few days later, and didn’t complete her court-mandated anger management classes. But Shawn could find no resources for male victims of domestic violence, nor a temporary place to live that could accommodate his wheelchair. “The last time the police came they said I had to go to 555 Harrison and get an order of protection. Liz made sure I got a ride there.”

“I was trying to leave, but there was nowhere to go,” he said. “I was basically homeless.”

By the time 311 referred Shawn to the Legal Aid Society, he was desperate. For months he lived in the living room of a friend’s apartment – then he discovered that the Chicago Housing Authority (CHA) rejected him after years on the waiting list for subsidized housing. Liz Stubbins, attorney with LAS’ Poverty Law Project, found that the CHA used Shawn’s status as a domestic violence victim and his past criminal history to deny him housing.

“I was at the point I didn’t really want to live,” he said. “They had me waiting and waiting. When Liz showed them I was the victim of domestic violence, they moved me to the top of the list. I got my life back on track.”

LAS also argued that Shawn’s criminal history occurred many years ago, even before he was paralyzed, and should not be counted against him now since he has turned his life around. As a result of Liz’s advocacy, the CHA acquiesced and returned Shawn to the wait list.

“I fell a couple of times because it wasn’t accessible,” he said.

Fortunately, Shawn reached the top of the CHA wait list and found a subsidized apartment in a neighborhood where he already has a support system in place. LAS provided him with Goodwill vouchers so he could buy furniture, and advocated on his behalf to upgrade his CHA apartment with things like bathroom grab bars and an air conditioner.

Shawn struggles with depression and is very isolated because of his physical disability. LAS was able to provide Shawn with representation and support almost exclusively over the phone to accommodate his limited mobility. He has expressed his frustration with the lack of support and housing services for victims of domestic violence, especially for male victims of domestic violence.

“No one reached out their hand to me except Metropolitan,” Shawn said. “I wouldn’t even know how to approach the situation without Liz.” “Through everything she stuck by my side.”